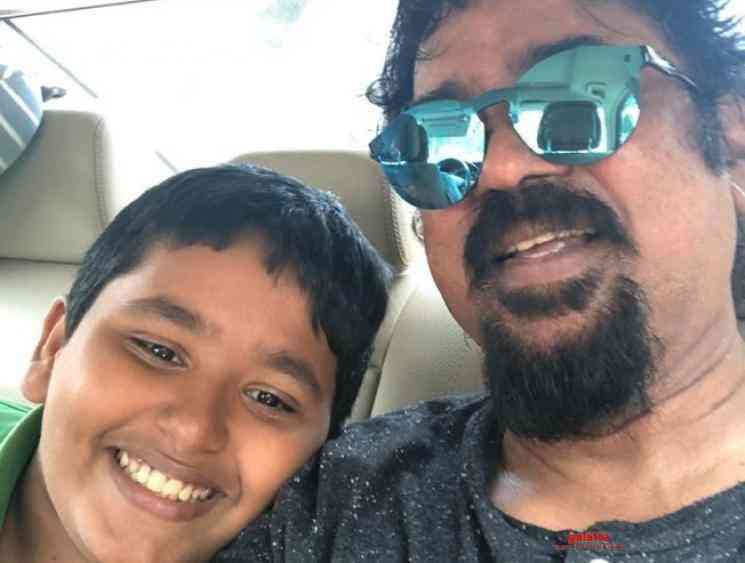 Ace cinematographer Santosh Sivan's latest film, Darbar, starring 'Superstar' Rajinikanth directed by A. R. Murugadoss under the Lyca Productions banner arrived in theatres worldwide today and as expected has taken a spectacular opening. The celebrated cinematographer turned director has more joyous news to rejoice as his son, Sarvajit, has been announced to be debuting as a child artist in the upcoming Malayalam film, Varane Aavashyamundu, being directed by Anoop Sathyan.

Sarvajit's role in Varane Aavashyamundu is said to be pivotal to the overall narrative and will be seen alongside industry heavyweights like Suresh Gopi and Shobana. Furthermore, actress Kalyani Priyadarshan has been cast in a major supporting role while Dulquer Salmaan, who is incidentally producing the film under his Wayfarer Films banner, will also be seen making a cameo appearance. ​​​​​​​Santhosh Sivan has established himself in Indian cinema over the course of his three decade old career as one of the most sought-after cinematographers and has worked alongside top-ranking superstars and directors. A 12-time National Award winner, Santosh Sivan's next film will be the Malayalam film, Jack and Jill, starring Manju Warrier and Kalidas Jayaram, which he himself has directed while also being said to be in talks to team up with Mohanlal for a venture titled, Kaliyugam.​​​​​​​