It is known for quite some time that Chiyaan Vikram's next movie - his 58th, is with director Ajay Gnanamuthu of Imaikkaa Nodigal fame. The intriguing first look of the film revealed that this movie would be jointly produced by Viacom 18 and Lalit Kumar's Seven Screen Studios. The first look hinted that Vikram might sport multiple get-ups in the movie and the buzz is that the number of these looks might even create a record, in world cinema. It was also announced that Chiyaan 58 would be released in April 2020. When a Twitter user put up a trolling question sarcastically asking if what was promised would happen, the director responded to it.

Director Ajay Gnanamuthu replied to the fan's tweet with the statement that the movie's shoot is beginning from October 4th and promised that updates would happen soon. It has also been known that the Mozart of Madras - AR Rahman would be composing the music for this movie. However, no other details about the rest of the cast and crew have been given out yet. Some reports suggest that the cast list of this movie would turn out to be quite surprising for everybody. The location scouting has been completed and the shoot schedules have also been planned.

We hear that the movie will be wrapped up in January with enough time to complete the post production and release it in April 2020, as promised. Meanwhile, there are a number of reports stating that Vikram would next be joining hands with Comali director Pradeep Ranganathan for his next project. Also, Chiyaan has Mani Ratnam's Ponniyin Selvan in the pipeline. Stay tuned for updates... 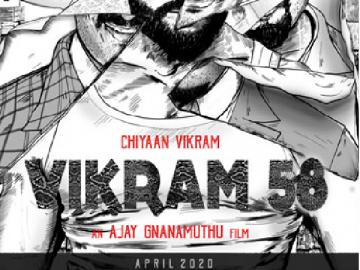