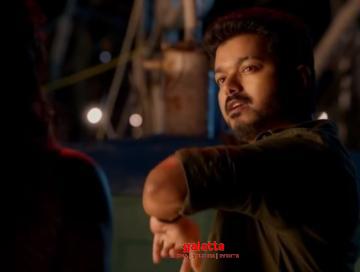 ‘Thalapathy’ Vijay’s latest film, Bigil, produced by AGS Entertainment and featuring chart-buster music by Oscar-winning composer A. R. Rahman is the third time the actor has collaborated with director Atlee after Theri in 2016 and Mersal in 2017. The third consecutive Diwali release for Vijay, Bigil, is an action sports entertainer and had the superstar appear in dual roles as father (Rayappan) and son (Michael aka. Bigil). With the film racing to over 250 crores in worldwide box office collections in just a few days from its theatrical release on October 25, a fun comedy scene centered primarily around Vijay and Nayanthara with Yogi Babu and Anandaraj in supporting roles has now been released.

Check out the Bigil sneak peak below: