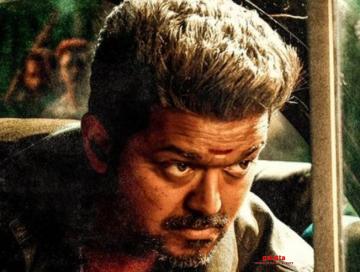 A film that has been the talk of the town for nearly a year, ‘Thalapathy’ Vijay’s Bigil under director Atlee is gearing up for an explosive opening this Diwali. Produced by AGS Entertainment under a mammoth budget of over Rs. 180 crores and featuring music by Oscar winner, A. R. Rahman, the upcoming action sports drama had been cleared with a ‘U/A’ certificate by the Censor Board yesterday along with the runtime revealed to be 2 hours and 58 minutes. That said, the makers have now officially announced that Bigil will be hitting screens on October 25 (Friday) as a Diwali treat in light of the festival which falls on October 27 (Sunday). The film will now be taking on Karthi's much-awaited, Kaithi, under Lokesh Kanagaraj's direction, which too is coming out on October 25.

Bigil has tremendous expectations surrounding it and the response to the film’s trailer is testimony enough as it has crossed over 32 million views, which is the highest-viewed Tamil film trailer till date. The film's trailer has now given us the first glimpse at Vijay playing dual roles as father and son with the former character, Rayappan, being a more rugged and serious individual while the latter, Michael alias, Bigil, has been shown to be the center of attraction. Vijay, who appears as the coach of the women’s football team, is seen beaming with swag and confidence, which has fans mighty excited who are awaiting a cracker of an entertainer. Apart from Vijay, the film also includes huge star cast featuring Nayanthara as the female lead, Kathir, Vivek, Bollywood actor Jackie Shroff, Indhuja, Daniel Balaji, Anandaraj, Vivek, Yogi Babu, Varsha Bollamma, Amritha Iyer, Soundararaja, Gayathri Reddy, Devadarshini, ‘Thaadi’ Balaji, Dheena, Soundararajan among others in important supporting roles. 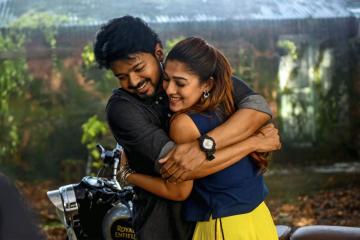