Amongst many of her ventures, Lakshmy Ramakrishnan's House Owner has released today and has been warmly welcomed by the audience. Featuring Kishore, Sriranjani, Lovelyn Chandrasekhar and "Pasanga" Kishore in lead roles, the movie has its background music composed by Ghibran. House Owner has been made based on the 2015 Chennai floods.

Now, AGS Cinemas are the distributors of House Owner and Archana Kalpathi has tweeted appreciating the movie and encouraged the followers to be supportive of good cinema. She wrote, "Support good cinema. Do catch #HouseOwner in theatres near you". Check it out below! Inspired by true events, the movie has been certified U by the CBFC, which marks the debut of Viji Chandrasekhar's daughter Lovelyn Chandrasekhar. The trailer of the movie was dropped by the makers on the 6th of June. The audio was released on April 24 and the lyrics are penned by Karky and Anuradha. House Owner is bankrolled by Gopalakrishnan Ramakrishnan, of  under the banner Monkey Creative Labs. Kutram Kadidhal editor, C. S. Premkumar will be providing the cuts for the movie. 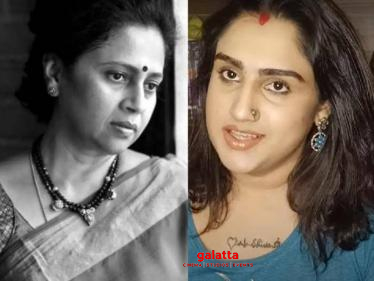