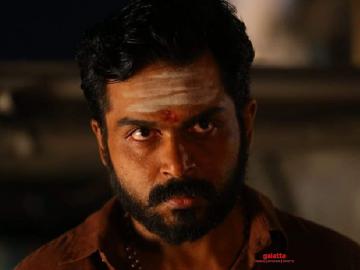 This Deepavali is turning out to be an amazing time at the Box Office. Only two big movies were released on the occasion of Deepavali and they were Thalapathy Vijay's Bigil and Karthi's Kaithi. There were heavy expectations for both these movies as Thalapathy Vijay is a name that just pulls in legions of crowds and Kaithi's director Lokesh Kanagaraj made a mark with his very first movie and fans were eagerly waiting to see what he would do in his next. Both Bigil and Kaithi hit the screens on October 25th (Friday) and there was heavy competition amongst the two, even for sharing screens.

Bigil released in more number of screens than Kaithi and it had a massive opening day collection of around Rs. 32 Crores, becoming the second highest grossing opener for Vijay, following Sarkar. Kaithi too got full houses on the first day but the collections were significantly lesser than Bigil. However, industry analysts are reporting that the collections for Kaithi have begun picking up from the second day with more shows being added for this movie. One analyst has posted that the two day collections for Kaithi stand at around Rs. 6.8 Crores in Tamil Nadu alone and that the movie is set to go strong over the next couple of days too.

Kaithi, starring Karthi in the lead, is directed by Lokesh Kanagaraj and has been bankrolled by Tiruppur Vivek, SR Prabhu and SR Prakashbabu for the Vivekananda Films and Dream Warrior Pictures banners. Sam CS has scored the music for this action thriller, which has no female lead or songs. The movie has been getting rave reviews from all quarters and fans are thronging the theatres to watch it. Kaithi also stars Harish Uthaman, Narain, Ramana, George Maryan and Hareesh Peradi, among others. Sathyan Sooryan has handled the cinematography while Philomin Raj has taken care of the editing.