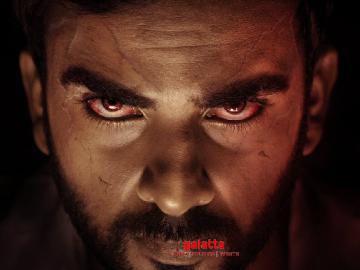 The talented Ashok Selvan, who broke onto the big stage with the blockbuster Thegidi, was last seen on the big screens in 2017, in Kootathil Oruthan. Following that, he was seen in a cameo appearance in Shanthnu Bhagyaraj's Mupparimanam, in the same year. Later, in 2018, Ashok Selvan was a part of the direct-to-video Netflix original Sometimes! It is well known that he is currently working on a number of movies, which are in various stages of production. One of these movies is Red Rum, directed by debutante Vikram Shreedharan!

The makers of this movie have now released the teaser of this horror thriller! With a runtime of a little over 80 seconds, this teaser is filled with chills and thrills. The haunting teaser shows Ashok Selvan to be hearing a voice inside his head and another character explains that he hears voices and makes accurate predictions of the future. Samyuktha Hornad, who has earlier been seen in films like Un Samaiyal Araiyil and Abhiyum Anuvum, is playing a female lead in Red Rum! Vishal Chandrasekar is scoring the music for this movie, which is being produced by Sundar Annamalai's Timeline Cinemas. GK Prasanna is handling the editing while Kugan S Palani is taking care of the cinematography.

Red Rum went on floors in October of last year and the title announcement happened in October itself. Makkal Selvan Vijay Sethupathi, who launched the teaser today, earlier launched the motion poster on March 4th, 2019! Meanwhile, Ashok Selvan has quite a few other movies in hand, including Senorita, Vezham, Nenjamellam Kadhal and Oh My Kadavule, besides his Malayalam debut movie - the magnum opus Mohanlal starrer Marakkar: Arabikadalinte Simham!