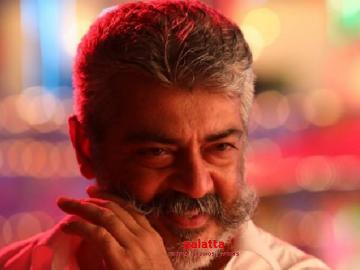 It is undeniable that Thala Ajith is a demi-god for his fans and they celebrate him as one of their own family members! He has die-hard fans across different walks of life and is one of the most celebrated gentlemen in Tamil cinema. In this age of social media dominance, fans of stars flood different platforms with posts about their favourite stars' upcoming movies and when any of these movies release, the fans of the heroes ensure that the movie's title trends on social media! It looks like Ajith's fans have won the fans' wars for this year on Twitter!

#Launch2020 is an event which happened today and it saw the coming together of members of Twitter's Global Leadership and prominent industry leaders. This is an initiative by Twitter which will serve as an exclusive platform for industry leaders to come together and discuss how leading brands across our country can partner with Twitter to launch their new products and concepts and also stay connected to understand what is happening in different industries. At this #Launch2020 event, Twitter India came up with a list of most influential moments on Twitter, in 2019 so far.

At No. 1 on this list is Ajith's Viswasam, which released on January 10th, this year! Viswasam went up against Superstar Rajinikanth's Petta at the Box Office and came out with flying colours! This list of most influential moments on Twitter, in 2019, includes #LokSabhaElections2019 at the second place with #CWC2019, on the Cricket World Cup, coming in at third place. Mahesh Babu's Maharshi too found a place on this list with #Maharshi coming in at the fourth place and #HappyDiwali took the fifth place! Twitter India came out with another tweet mentioning that this list is just a representation of some influential moments of this year and that an official 'Year on Twitter' list would be released at a later time!

We are excited that you're excited about this Tweet, but this is just a representation of some influential moments this year. You'll have to wait a little longer for our official Year on Twitter list to see which moments were the most Tweeted about in 2019 https://t.co/ws2N63TPKL

@Twitterlndia brings to you #Launch2020, an exclusive
platform where industry leaders come together to discuss how brands across the country are partnering with Twitter to launch something new and connect with what's happening. pic.twitter.com/QqMTGxw6Vp

But until then... do you think a Tamil movie will make it to the Year on Twitter list? If so, why don't you tell us which one you think will be the most Tweeted about? 😃