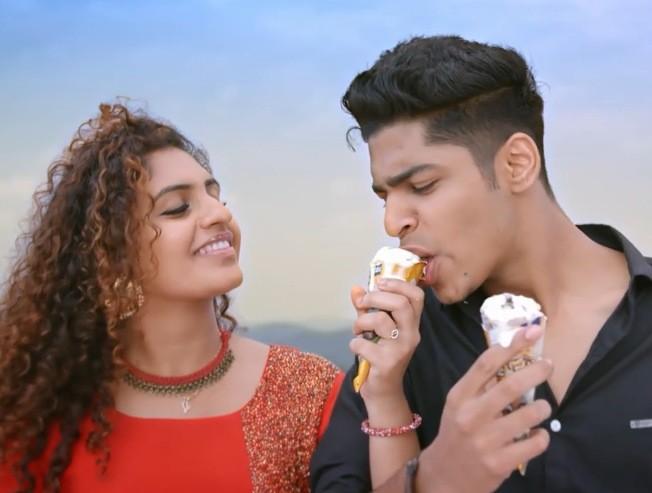 Oru Adaar Love became a known film among the youngsters, thanks to the nation-wide trending wink by newbie Priya Prakash Varrier, that became a sensation. Amidst high expectations, the film released on February 14 for the Valentines Day. However, the film didn't meet the expectations and faced mixed reviews from the audience and the critics.

The makers have now released a new video song from the film on YouTube which has caught everyone's attention. The song is called Aarum Kaanaathinnen, which is composed by Shaan Rahman with actor and director Vineeth Sreenivasan at the vocals. The video song features Roshan Abdul, Noorin Shereef, and Priya Prakash Varrier. Despite the mixed reviews, it looks like the visual content of this film will be consumed well by the audience, as this video song has found its way into the trending list and has already crossed over a million views within a day.

It is currently in the top 10 trending videos of YouTube. Directed by Omar Lulu, Oru Adaar Love is bankrolled by Ousepachan Vaalakuzhy and shot by Sinu Siddharth. Meanwhile, here is the Aarum Kaanaathinnen video song: