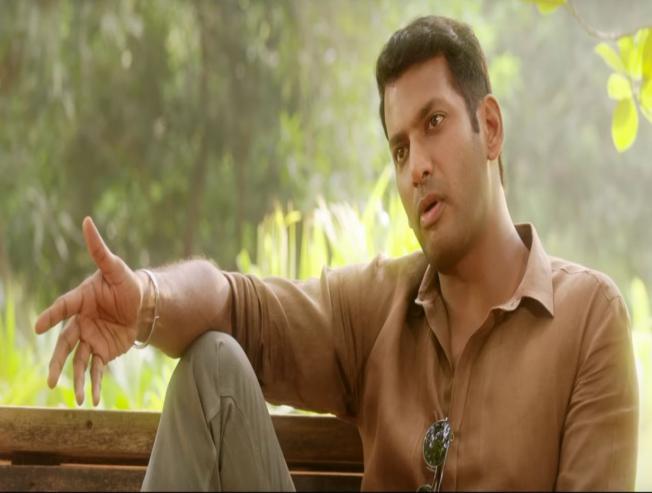 Ayogya is a action drama thriller movie, directed by A.R.Murugadoss' assistant Venkat Mohan; starring Vishal Krishna and Raashi Khanna in the lead roles. The movie's music is scored by  Sam CS and the movie is rated U/A.

The movie's sneak peek just dropped in and has already gathered 2.5lakh views. It looked interesting and intruiging with M.S. Bhaskar and Vishal. We could infer from the sneak peek that the movie is ensured to be as dramatic and thrilling as it can be. It also stirs a doubt if Vishal is playing good cop, bad cop with the concerned character.

Vishal seems to be passively aggressive and seems fitting for him. On the other hand, M.S. Bhaskar emotes very naturally. His acting can't be enough highlighted as he's a solid performer. The movement of the camera and the music adds more drama to the scene. Ayogya is a official remake of telugu actor Jr. NTR's Temper.

Have you watched the sneak peek of Ayogyan yet?

People looking for online information on Vineeth,Tamakshi will find this news story useful.