Superstar Rajinikanth’s Darbar is right now in the post production stages and the film is gearing up to hit the screens on January 9, 2020, ahead of the Pongal festival weekend. This A.R.Murugadoss directorial is produced by Lyca and features Nayanthara, Suniel Shetty, Nivetha Thomas, Yogi Babu, and others in the star cast. The film’s music is composed by Anirudh Ravichander and the grand audio launch of the film took place last week on December 7. The songs have got a fairly good reception, especially the two numbers, ‘Chumma Kizhi’ and ‘Thani Vazhi’ which have become chartbuster numbers online.

Meanwhile, the makers have now released the vertical video of the Thalaivar theme music from the film and the fans are excitedly sharing it on social media. Vertical videos have of late been a trend among the youngsters and they use those videos to share it as their Instagram stories and Whatsapp status. Thalaivar fans will definitely love this video as we see the charismatic Thalaivar in the vertical video. 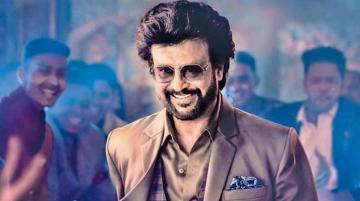 The theme music is a big hit already and it is going to enhance the theatrical experience for sure when the film releases. Darbar’s trailer is also expected to release very soon and the fans are eagerly waiting for the announcement of the same. For now, check out the newly released vertical video of Thalaivar Theme from Darbar (below these images):

Mirnalini's super exciting revelation about Bigg Boss - Did you know this? Check Out!

WOW: Vera Level announcement on A.R.Murugadoss' next film - Check Out!