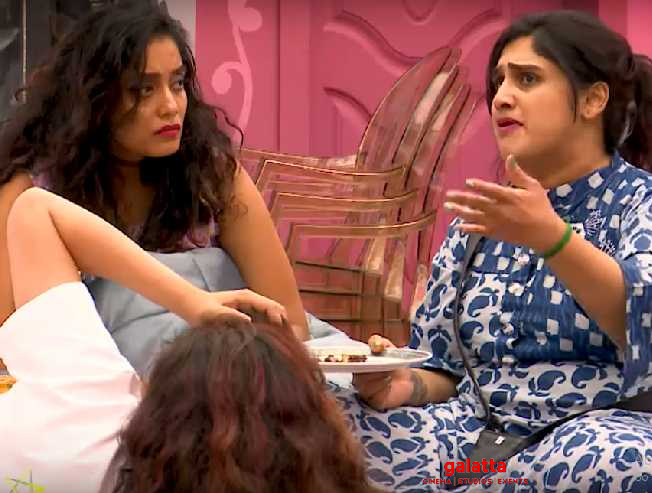 Vanitha Vijayakumar made a surprise re-entry into the Bigg Boss house in the ongoing third season. She entered the house as a guest and she is expected to stay for the next few days as a non-participant. Having been out of the house for the past few days, Vanitha knows the reality and the people's opinions about each contestant. On that note, she shared what the audience feel about Kavin and told his playboy attitude is never going to help anywhere and stated that it is not worthy.

Following that, the first promo for today's (August 13) episode is out and in this one, we see Vanitha telling Abhirami that Mugen has a girlfriend outside the house. The Nerkonda Paarvai actress is in love with Mugen despite knowing that there is a girl outside for him.

Vanitha explains this situation to Abhirami and tells her not to lose her self respect and dignity in the name of love. Towards the end, she asks if Mugen told her about a girl called Durga, for which Abhirami nods with a No. Is Durga Mugen's girlfriend? Well, we will have to wait for that. Check out the promo here: