Tortoise Under The Earth Movie Review (2022)

Shishir Jha's 'Tortoise Under the Earth' is a moving document of the Santhal-speakers in Jharkhand, whose lives are being displaced by uranium-mining companies 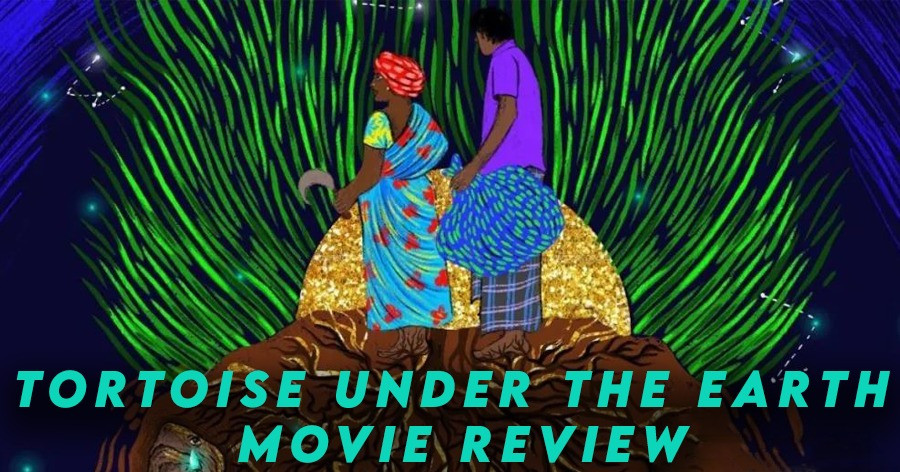 Cast : Jagarnath Baskey, Mugli Baskey,
Production : Vinay Mishra,Pallavi Rohatgi,Preety Ali,Raghavan Bharadwaj
Director : Shishir Jha
Music Director : Shishir Jha
Will these oral traditions and songs exist after the people leave their homes and become anonymous labourers in the nearest city? That is the big question that hangs over the film.

Hello and welcome to GALATTA. In this episode, I'm going to be reviewing Shishir Jha's directorial debut. He is also the man who did the story, screenplay, editing, and cinematography. The name of the film is TORTOISE UNDER THE EARTH, and it is in the Santhali language spoken in the Jharkhand area.

Now, in the 1980s, Uranium was discovered in the Jharkhand area. And slowly, land was being taken away from the tribals who lived there and given to industries. So that is the overall context of the film, and the second subplot – if it can be called that – deals with a couple played by Jagarnath Baskey and Mugli Baskey. Their daughter has gone missing.

So there are two tragedies at work here – a larger environmental one and a smaller domestic one. But Shishir keeps these two tragedies in the background. In the foreground, he places the lives and the traditions of the tribe.

An early scene has women painting their houses in various colours as the men play with cattle. It is a festival. Later, we see a football game. It goes on even when the commentary is drowned out by a road-roller type machine that passes by, indicating what’s to come.

In other words, for a while, life goes on for the tribals as well as the companies. We hear a lot of singing - mostly by women. They sing for everything, even while gathering wood, even while planting saplings. Meanwhile,  a report says that the water is contaminated by uranium.

So it's not that the tribals don't know about the hazardous world they live in. At first, when people started dying, they thought it was because of witchcraft. But now they know. So why are they still there? Because they think of this as their land, so why should they leave?

The director frames his shots without movement. Very rarely, we might see a camera tilt that visually goes up a tree - but most of the visuals are in static frames. Shishir Jha does not force our eyes towards what we should see. His point is that wherever we choose to look, something is happening.

This is undoubtedly a political film. Someone says: Why won't anyone take a stand? Why won't anyone protest? But it is also a poetic film. Maybe that's how the Santhali language is. The people themselves are poetic. They talk to birds and trees. They are one with nature. And they have a most beautiful creation myth involving a tortoise - it's their version of how the earth was created and as this story is being narrated, we see paintings done in the tribe's cultural style. These paintings depict the events in the creation myth.

There is also some poetry in the possible metaphor that the vanished daughter stands for the vanishing land. When the mother says she misses her daughter, the father says: When god takes someone away and you yearn for them, then they never come back. And then the mother sings these words: I keep searching for your footprints in the village lanes and could not find them, else I would have found you…

Will these oral traditions and these creation myths and these songs exist after the people leave their homes and become anonymous labourers in the nearest city? That is the big question that hangs over the film. The style of Tortoise Under the Earth is docu-fiction but it is also a document. If things don't change, this film may be all that we have left of these people.