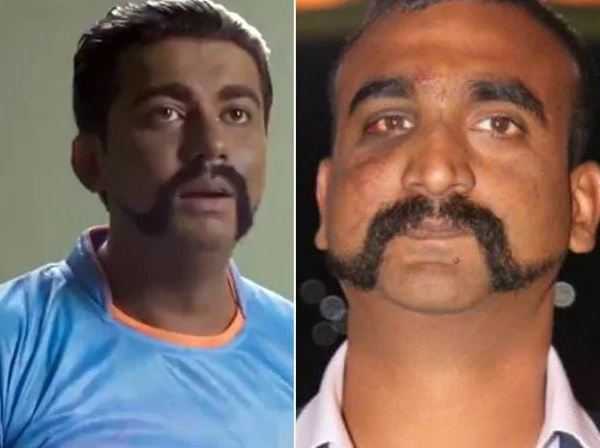 The Indian team is off to a good start in the ongoing ICC World Cup winning both their games against South Africa and the defending champions Australia respectively. In its third match, Indian is set to take on the other unbeaten side in the tournament New Zealand on Thursday (May 13th).

The much-anticipated match of the tournament between the biggest rivals Indian and Pakistan is set to happen on June 16th at the Old Trafford Cricket Ground in Manchester. Television channels are also eagerly waiting for the match as it will give them a huge TRP rating and channels are coming up with unique promotional strategies.

Recalling, the 'Mauka Mauka' ad for the India - Pakistan match was one of the biggest hits in the television sector. For the upcoming India - Pakistan match, a Pakistan TV channel has shared an advertisement video mocking Abhinandan Varthaman. Abhinandan is the Indian Air Force Wing Commander who was captured by the Pakistan army after his MiG-21 Bison was downed by a Pakistani Air Force jet in February 2019.

The distasteful ad shows a man mimicking Abhinandan's interrogation video that was taken when he was in Pakistan's custody. The impersonator in the video can be seen repeating Abhinandan's viral statement "I'm sorry, I am not supposed to tell you this" in the ad. The ad has not been received well by fans and the ad has received hatred on social media. The heat over India - Pakistan is burning as high as ever and the ad has created more hatred between the two countries.

This is the our hero’s personality, no one can remain untouched. But next time plz use some good actors. Btw #ShikharDhawan exclusion must be a relief for many competitors #CWC19 #abhinandan pic.twitter.com/mrBFLFLh2d