Mammootty is spectacular in Ratheena’s ‘Puzhu’ (SonyLIV), the rare film where a man from a dominant caste is depicted as a victim 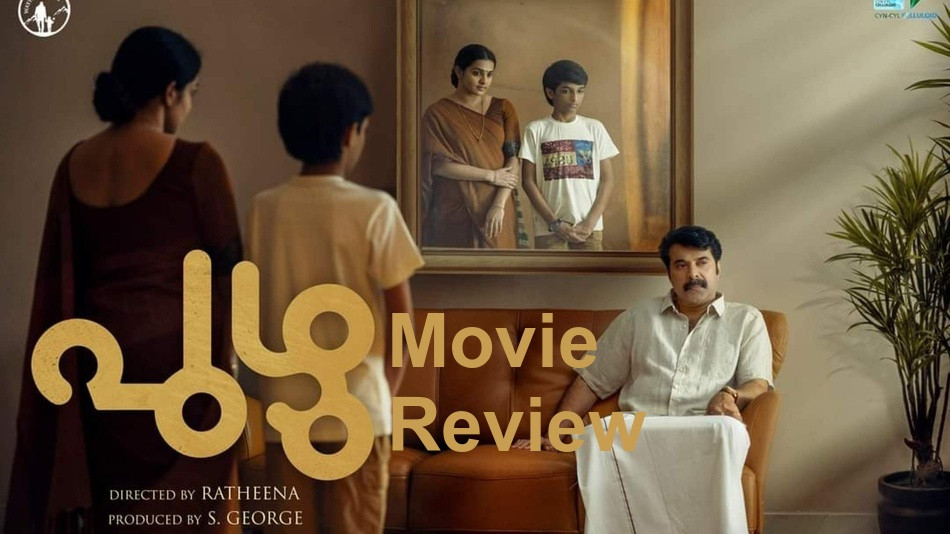 Cast : Mammootty, Parvathy Thiruvothu, Vasudev Sajeesh, Athmiya Rajan,
Production : Wayfarer Films
Director : Ratheena
Music Director : Jakes Bejoy
The filmmaking is solid, but the writing does not match up. The excessive focus on the protagonist leaves the other characters stranded.

In an early scene in Ratheena's Puzhu, a young boy reads aloud pages from a textbook. These pages are about the "toilet-cleaning community" and how Gandhiji opposed this. Many decades later, little seems to have changed. Some people from these communities may not be actually cleaning toilets anymore, but in the minds of the dominant castes, they might as well be. Mammootty's sister, Parvathy, has married one such man and Mammootty's every body cell screams in disgust that his Brahmin house, his Brahmin family, has been polluted by a "toilet-cleaner". Can you see body cells scream on screen? This great, great actor proves that you can. Internalised emotion is the most difficult to externalise in front of a camera, and Mammootty does this consistently in this film, and extraordinarily. His eyes, his clenched jaw, his posture – everything recoils from the "pollution" his sister brought into the family.

The little boy reading from his textbook – he's Mammootty' son. Ratheena shoots their scenes very formally, with almost static frames that reflect their robotic relationship. Outside this house, the camera is more free-flowing. The jarring visual juxtapositions and what they imply made me recall the weird films of Yorgos Lanthimos. (Just wait till you see the morbid video father and son watch repeatedly.) Mammootty teaches his son to share, but he also teaches the boy not to take what "they" give. This may be the first film about caste in India, where a man from a dominant caste is depicted as a victim. At least, he considers himself a victim, thanks to his sister, who has moved into the same building with her husband.

Mammootty's victimhood is literalised by the fact that someone seems to be trying to kill him. Naturally, this is what he thinks: Who else could it be but his brother-in-law, the man from the oppressed caste, who has moved into the same building, thus transcending class barriers, and has also transcended caste barriers by becoming a decorated playwright? The film is bookended by stage performances that lead us into the narrative and out of it. And Jakes Bejoy's unobtrusive score is perfect. He does not need to pile on the strings because Mammootty's nerves are already jangling with tension. As a side note, even the music Mammootty uses to relax is Carnatic music, traditionally associated with dominant castes.

His son wants to be freer, play with other children no matter what their caste or class – but Mammootty controls the boy with the force that still seeks to keep social structures intact. And is he really being attacked by someone, or are these hallucinations, brought on by his sense of victimhood due to  social order that is no longer what it was, at least in the bigger towns and cities? Ratheena has created a remarkable protagonist – played by a remarkable actor – on whom you can project the root cause of every social evil. She has a terrific sense of composition (Theni Eswar is the superb cinematographer), and the film makes every shot count. When Mammootty fixes a big bolt on his door, it feels like he'd rather live in isolation than face this changing society again.

But the writing does not match up. There is a beautiful scene where Mammootty tells his son he did not remarry after his wife died because he wanted his whole life to revolve around the boy. Mammootty, thus,  comes across as a fully-formed character, both good and evil. But the excessive focus on the protagonist leaves the  other characters stranded. Would Parvathy not feel the faintest bit of apprehension about meeting her brother again? Would her husband not feel the least bit wary about Mammootty? Yes, you could interpret this in the larger sense that the man – or anyone from the oppressed-caste – does not need to live in fear anymore. But films are about particular characters and particular situations, and I was never convinced about the relationship triangle formed between these three adults.

As for the ending, it is a major disappointment. Maybe Ratheena wanted to echo the play inside her film with a stage device: the deus ex machina, the thing that comes almost out of nowhere and brings the story to an end. But again, this is not convincing, especially when you think back about some very specific things that have happened with Mammootty. It's perhaps best to read the film as an allegory, given the title Puzhu, which means worm, and which plays a major role in the play within the film. The worm destroys a mighty king. But even this reading falls apart when we see what happens to Parvathy and her husband. Puzhu is a rock-solid debut, but by focusing on its protagonist – the dominant-caste character – it inadvertently reduces the others to lesser people, lower down in the "cast" hierarchy. The subtle message of equality would have come across stronger had everyone been equal.

Gripping and exciting trailer of Mammootty and Parvathy's PUZHU out now - Watch it here!