Fahadh Faasil aces another role in Sajimon Prabhakar's 'Malayankunju', which transforms a survival drama into an intense tale of redemption 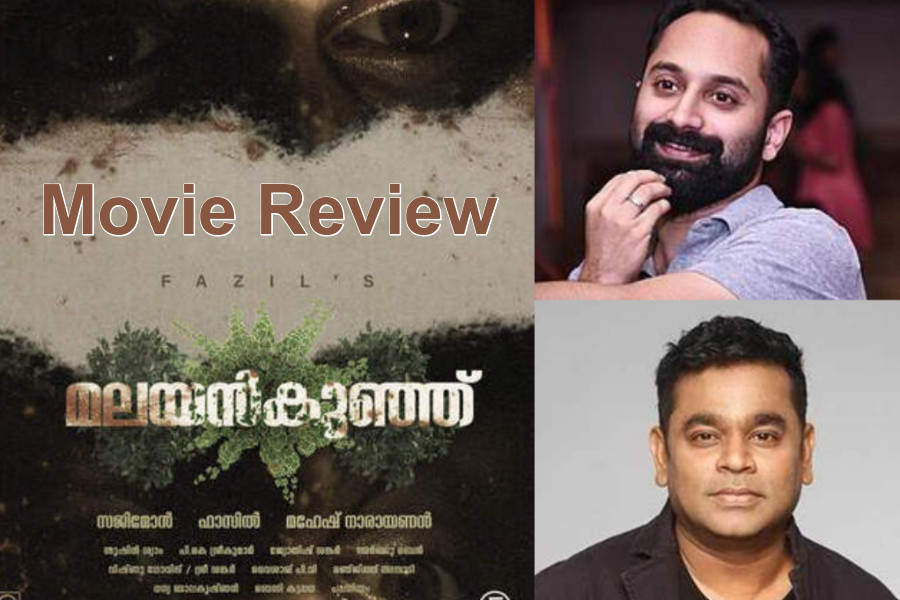 There's a lot of rain in Malayankunju, directed by Sajimon Prabhakar. The roofs are leaking into buckets on the floor. Outside the home, plastic sheets are not helping. The weather reports are going on about "yellow alert" and "orange alert". But the first hour of the film, beautifully written and shot by Mahesh Narayanan, is more about the cloudy, moody conditions in the mind of Anil, played by Fahadh Faasil. He wasn't always this way. But a tragedy changed him. There's a telling image early on, after he bathes and prays and begins to brush his hair. He doesn't look at the mirror that is right in front of him and which the camera focuses on. We see Anil's reflection more clearly than we see Anil, who is out of focus. What kind of man cannot bear to see himself? Someone with low self-esteem? Someone broken? Someone who doesn't care anymore? Anil is all of the above.

He installs and repairs electronic devices for a living, and his concentration is such that sharp noises – like a whistle or a baby's wail – make him jump. Or maybe it's just that he has gotten used to the silence he has chosen to surround himself with. Even his mother doesn't dare disturb him. Instead of waking him up, she simply places a cup of tea from the outside, on his window sill. With some people, like his uncle (played by Indrans) or a girl whose laptop he repairs, a little bit of sunshine peeks out. He doesn't snap at them. He is not curt. But then again, like the Mammootty character in Puzhu, he is intolerant of people from certain castes – and there is some family history that underlines this. ("Malayan" in the title refers to a tribe.)

When and why and how did Anil turn this way? There is a flashback – with a small twist. It plays not as Anil's memory, but as a video recording on one of Anil's electronic devices. The film, after all, is a story of redemption, the transformation of a machine into a man. And the agent of this transformation is a natural calamity. The survival thriller is its own sub-genre, but in Malayankunju, it becomes a part of a psychological study – the one we have been seeing so far. In other words, the film's true genre is still drama. Apart from Anil, there is another crucial character: a baby that just won't stop crying. Anyone who has been stuck in an airline or in a movie hall knows what it's like to have a wailing child in the vicinity. Anil has the same reaction with a neighbour's infant. But eventually, it becomes a symbol of hope, of rebirth.

Rajisha Vijayan has a small part as Anil's sister, but this is a Fahadh Faasil show all the way, especially in the stunning 40-minute stretch that has him turning from machine to man. The naturalistic lighting from earlier now becomes more surreal, almost neon-bright – and we seem to see Anil in a new light. There are new shades in him, and not a single emotion is overplayed – whether it's desperation or fear or sadness about death or happiness at finding what appears to be a miracle. And through Anil, Malayankunju tells us a great many things. That karma can get you. That you should think twice about blaming someone because tomorrow you could do something blameworthy. That people are flawed, but that doesn't mean we should reject them. That we are divided by caste only until we die, after which everyone is equal.

All of this may suggest a moral science lesson, but Malayankunju folds these insights into different parts of its screenplay and there isn't an iota of sermonising or sentimentality. Instead, we get unusual devices like a dash of surrealism, where a few seconds of Anil being knocked out are stretched out into a long scene involving someone he loves dearly. And this tonality lightens the message, which seems to come from a place beyond earth. The production design by Jotish Shankar is astonishing, both in the real and the surreal portions. We seem to be in a physical space. We also seem to be in a metaphorical space.

The one issue I had was with AR Rahman's gigantic, symphonic  score, which towers over the proceedings like a cathedral in a tiny village. As a standalone stretch of music, it takes your breath away. But as part of the film, it sticks out – particularly in the sections that needed silence. Silence on screen can be terrifying. And to feel Anil's mindspace, to really get into it, we need that silence. But then, do we have an audience today that can take in a long stretch of silence without getting restless? I am not justifying the score. I am just thinking aloud about why it was the choice they went with. But whatever your feelings about the score, Malayankunju is a triumph of storytelling. It reminded me of films like Gravity, where a horrifying experience becomes a form of therapy, a way of exorcising inner demons. The promos may have suggested a survival drama, but this is really a drama about what it takes to survive the life we're given.

A. R. Rahman opens up for the first time on boarding Fahadh Faasil's Malayankunju - Watch Video!

MASSIVE TREAT for Pushpa fans - Fahadh Faasil shares a sensational update | Check out what he said!!

Do not miss this new delightful song from A.R. Rahman for Malayankunju!!

WOW: Did you know? This iconic character of Fahadh Faasil was written for Dhanush! Fahadh reveals!

Fahadh Faasil's next after Vikram - watch the nail-biting trailer of the film here | A.R.Rahman

After Vikram, it is going to be... Fahadh Faasil reveals the release date of his next film!