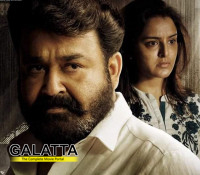 Lucifer is high on theatrics and it has the Mohanlal that we have enjoyed on screen in many mass entertainers. The film encompasses elements like politics, drama, family bonding, betrayal, revenge and lots more! It is a gripping affair all the way, with just a few minor breathers in the second half when the fare becomes predictable.

Lucifer gets down to business straightaway with the introduction of all the core characters in the film one by one. The applause begins right from the beginning. The political setting, the characters & conflicts and the establishment part have been done remarkably.

The first half sets the benchmark pretty high with the tense, action-packed pre-interval segment generating a lot of curiosity, making us excited to watch the latter half. Editor Samjith deserves credit for making the first half as taut as it is.

It is unnecessary to mention about Mohanlal’s screen presence but this script has everything that helps him completely showcase what he is capable of. His style, charm and diction are impeccable. Action scenes are a real treat for Lalettan fans. The film proves his experience as a performer and as an entertainer.

Lucifer is a grand production which rides on Mohanlal’s charisma, the decently engaging, not so well dealt political angle and some impactful scenes which are all a part of the mix. One scene early in the second half, when Tovino Thomas delivers a clap worthy speech at a party meeting and is a definite highlight in the overall scheme of things. That is just one of the many high-points in the film.

Tovino steals the show despite getting limited screen time. The youngster has grabbed the opportunity with both hands and we have to laud Prithviraj for giving good scope for each of the leads to showcase their wares. Manju Warrier has caught all our attention well and truly once again, with an authentic performance thanks to the way she emotes. Among the other characters, Prithviraj earns a big cheer whenever he comes onto the screen. Indrajith Sukumaran, Kalabhavan Shajohn and Saikumar are among the other standout performers.

However, one also feels Prithviraj could have gone a step forward and tightened the screenplay in the second half. The placement of that one unwanted song only tests the patience of the audience. Lucifer doesn't engage consistently in the second half as some sizzling moments are interspersed with moments of restlessness. The length of the movie is another drawback. Deepak Dev adds a lot of strength through his BGM score. If you hear the theatre roar for some of the strong scenes, the major part of the credit should go to him. The other youngster on board - DoP Sujith Vaassudev makes a smooth transition to the big commercial space with some solid work on the visuals, the lighting patterns and the angles. Among the other performers, Vivek Oberoi is a new addition to the list of suave, stylish villains in Malayalam cinema. His voice and the dubbing elevate his overall performance. Speaking of stunt choreography, it should be a delight for Mohanlal fans and the star's celebrated screen presence comes to the fore in these extended treats. To sum up, Lucifer, though on the longer side and venturing into predictable territory beyond a point, stands out for the presentation, the characterizations, the performances and for the unflinching directorial efforts of Prithviraj.

Mohan Raja shares his excitement about directing Salman Khan! Check what he has to say!

Big exciting update on Lady Superstar Nayanthara's next film with this superstar!

Megastar is back in action - exciting update on Mohan Raja's next directorial film!

Lady Superstar Nayanthara CONFIRMED as the female lead of Chiru 153!