Thalapathy Vijay's next movie, which is currently being called Thalapathy 64, is growing massive by the day. Directed by Lokesh Kanagaraj and produced by Xavier Britto, this upcoming movie has been generating amazing levels of buzz, right from the time it was announced. A couple of days back, the producer revealed that three important announcements about this movie would be announced on consecutive days. The first and most amazing news was that Makkal Selvan Vijay Sethupathi had been roped in for this movie. The second announcement revealed that Mollywood star Anthony Varghese of Angamaly Diaries fame had also been brought on board. Today evening, it came to light that Shanthnu Bhagyaraj was also a part of this movie.

Now, the latest announcement as part of Gandhi Jayanthi's double dhamaka as per the producer, is that Mollywood actress Malavika Mohanan has been signed up for this movie. Malavika made her Tamil debut through Superstar Rajinikanth's Petta. This confirms our earlier reports that she would indeed be a part of this movie. Now, the cast of Thalapathy 64 is shaping up to be amazing and we can only wait and see how much more it is going to get better. Shanthnu is currently finishing up the dubbing for his upcoming movie Vaanam Kottatum, following which he will come join the Thalapathy 64 team. 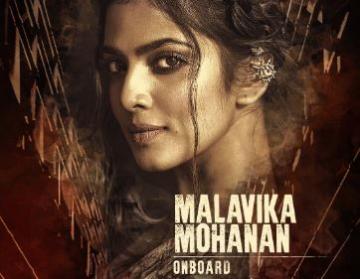 It is already known that Anirudh will be scoring the music for this venture but details about the rest of the technical crew are awaited. Meanwhile, Lokesh Kanagaraj has wrapped up his highly anticipated venture Kaithi, with Karthi in the lead. Reports state that Lokesh Kanagaraj and his team have already completed the pre-production work of Thalapathy 64 and that shoot would commence as soon as Kaithi releases. With Bigil also nearing release, Vijay fans are having a ball of a time, celebrating their Thalapathy!

WOW: Nivin Pauly and Anjali to play the leads in director Ram's next film!