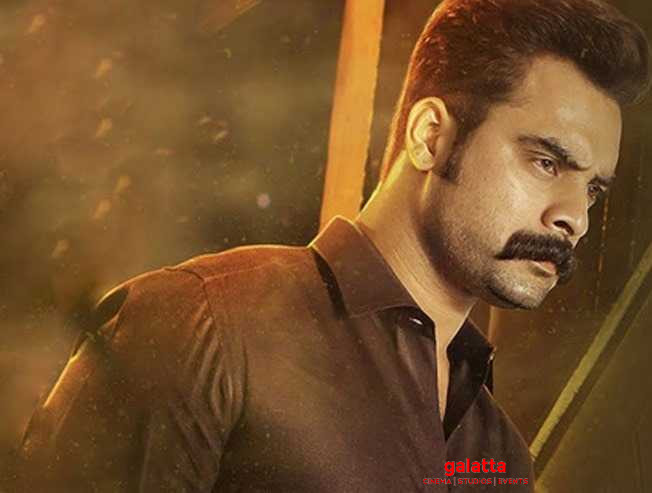 Kalki is a powerful cop who likes to find a permanent solution to any issue. He is someone who thinks large and doesn't mind going to any extent to taste success. His practices might not always be legal but his main purpose would be for the greater good. The treatment could be loud and not practically possible but it sticks to its theme right throughout. When you are going to write a story about good versus evil, you need to have something fresh since it is an age-old template story line. But sadly, Kalki offers nothing new. That’s probably the biggest minus for the film.

Kalki has an interesting core story; both the writers Pravin and Sujin have come up with a decently engaging screenplay but the audiences are ahead of the proceedings throughout; they know what is going to happen next and how this film is going to travel. The editor does have major work to do, as he has so many scenes to maneuver with, than a normal commercial film. Though you laud him for giving us a crisp product, we also need to point out the fact that the final product is not smooth and a few scenes get completed even before the on screen proceedings are over.

Tovino Thomas has given it his all, be it the fierce dialogue delivery or his mannerisms. This is one of his best performances to date. For fans who have been waiting to see him in full-on action mode, Kalki must be satisfying. Samyuktha Menon makes no impact whatsoever. She only appears in a very few scenes, which hardly add any purpose to the plot. Even if you remove her character from the film, nothing will actually change. Shivajith, as the main villain, looks deadly and is perfect for the role.

The film offers a well-judged balance of vigorous action and intense social drama, without any unwanted deviations like romantic tracks or songs. Kalki manages to shift sensitively from drama to intense action mode. But the main problem here is that the social angle gets diluted because of the mass scenes, which again don’t give you an adrenaline rush. The film offers scope for clap-worthy mass moments but the execution part goes wrong. The climax looks hurried and could have been much better. The film runs just below 2 and a 1/2 hours, which seems a tad lengthy. The BGM is powerful but at times repetitive.

Verdict :KALKI - A typical mass cop film that has nothing new to offer!

Kalki is a Malayalam movie. Tovino Thomas are part of the cast of Kalki. The movie is directed by Music is by . Production Little Big Films.