Natesh Hegde's 'Pedro' is a beautifully mounted debut about a daily-wager who becomes an outcast. 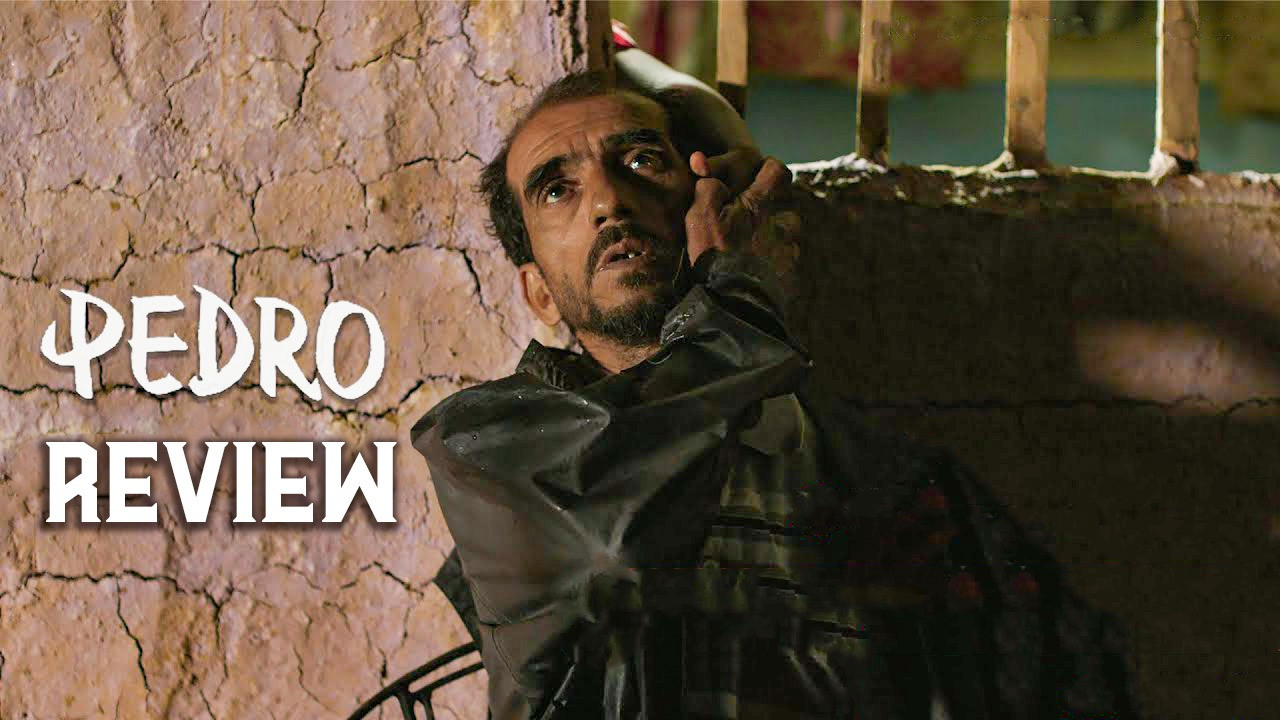 Gopal Hegde, the director's father, plays Pedro with the awkwardness of someone who does not really belong – not to his family, not to his peers, not to his village, not even to himself.

Natesh Hegde's Pedro is many things, as many things as you can read into its deliberately paced frames. But this is my favourite thing that the film is about: colour. Pedro is shot in a lush village in the Western Ghats, and to the naked eye, the scenery must be lovely. But through Vikas Urs' brilliantly unshowy cinematography, the lushness is de-lushed. This isn't the kind of picture where you will see a sunrise and some mountaintops and do a sharp breath-intake. This is about the sharp neon colours in a local bar, where the men are at their most natural state. How wonderfully strange that the "natural" state of these toxic men gets showcased amidst these most artificial of colours. Pedro is that kind of movie.

But Pedro isn't one of these toxic men – not at first, at least. When we set eyes on this daily-wager, he is a mouse, calmly doing what his superior wants him to do: perched on an electric grid and carrying out some repair work. It's raining. You can read something into the rain, too, which becomes its own character in key scenes: like the one where Pedro assaults a barber. So you could also say that Pedro is about what it takes for a mouse to become a tiger: "a menace not just to us but to the entire village," as his employer says. This man – a very rich man – has hired Pedro to guard his land from wild boars and assorted creatures of the wild. And that sets the plot in motion.

Natesh does not seem to be interested in making easy points about rich-versus-poor, or dominant-versus-oppressed castes. There's certainly (and inevitably) some of that here. But what matters is how Natesh and his cinematographer make us navigate their story. When an animal is shot dead, we see its hoofs. Maybe it's a boar? When the assaulted barber falls, the camera refuses to move to him. Maybe he is dying? Maybe he is just wounded? This is a movie of maybe-s, which is why I said it is ripe for all kinds of readings.

And it is this perfectly calibrated distance that makes this film so brilliant. At its core, Pedro could have been a faster-moving family psychodrama. There is an impotent brother, a stolen ring, there's revenge, adultery, a woman with a little boy who lives with Pedro. The way Pedro bathes this little boy tells us a lot about his love for him – so thorough is the bathing, so thorough is the filming. Could the same story have been told with half the number of shots? Sure. But it would have been a very different movie, and we would not have been led so gently to one of the last few scenes. This is one of the most exquisite pan shots I have seen in all of cinema, so filled with a sense of doom that we suddenly seem to have walked into a suspense drama.

So many stretches stand out: the murky conversation between two men shot through the foggy windows of a car, the centre-framing of Pedro in a moving car or on a bike. But even these moving shots seem like static shots, perhaps a sign that nothing will ever change in Pedro's life, that the actions of him and his kind will always be controlled by more powerful people. Apparently, that boar we thought Pedro shot wasn't really a boar. It was an animal that turns everyone against Pedro, and a stunningly mounted scene in a river shows a vigilante (Raj B Shetty) keeping Pedro away from a statue of Ganesha being immersed during a festival. Because Pedro is now an outcast.

There are some stinging dialogues: You are all selfish creatures. You only need me when there's work to be done. But an equal amount of information is conveyed to us by the sounds of nature. And by Gopal Hegde, the director's father, who plays Pedro with the awkwardness of someone who does not really belong – not to his family, not to his peers, not to his village, not even to himself. Pedro is a very impressive debut, and its most impressive feature is that it shows how much can be conveyed purely through visuals, purely through cinema. It begins and ends with events around an electric grid, and tells us that power equations seldom change.