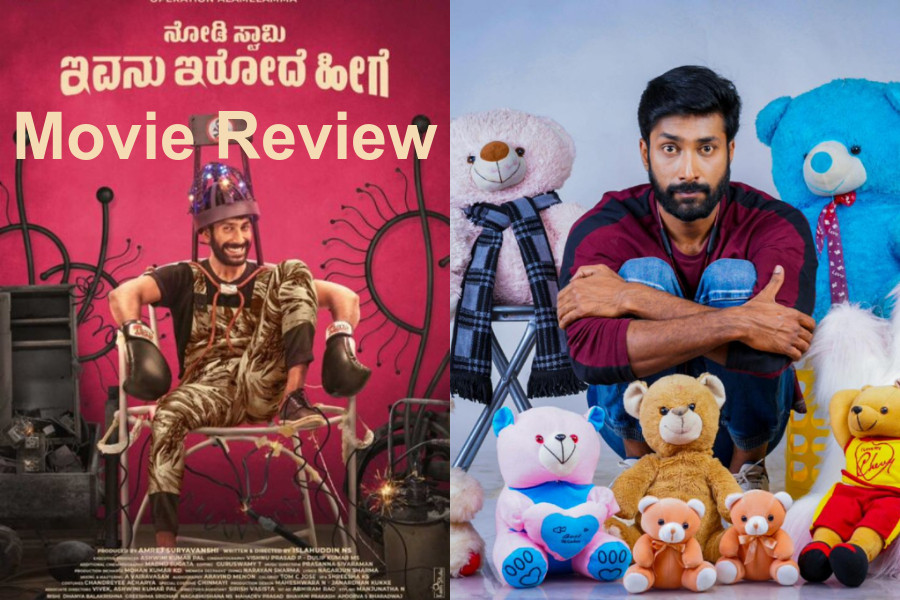 What right do we have to end our life? This question appears at the beginning of Nodi Swamy Ivanu Irode Heege, written and directed by Islahuddin NS. And the person this question is directed at is a grown man named Sai, whose girlfriend calls him Teddy Bear. (She, in turn, is called Baby Doll.) Rishi plays this man-child – but wait, did I say "girlfriend"? Let's make that "soon to be ex-girlfriend." It is a very sad breakup, with both in tears. Sai says, "I don't know how to live without you." Combine this line with the line that opened the film and you have the narrative crux: Unable to get over his heartbreak, even after five years, Sai decides that suicide is the answer.

There are a number of ways you can shape this material, which says things like this: "When people move away, they take some parts of us with them and leave some parts of them with us." A film with these kinds of musings can be a flat-out drama about the inability to move on. Ot it can be an existential mood piece on how a certain kind of man with a certain kind of psyche looks at love. Nodi Swamy takes the black-comedy approach. A seriously depressed Sai is haunted by a surreal state of mind in which his ex is literally dressed like a "Baby Doll". These scenes are shot in a hazy, distorted manner – if you wear spectacles, it's a bit like looking at the world without them. These are Sai's daydreams and he does not take the pills his psychiatrist prescribes because, this way, his ex is at least in his thoughts.

The rest of the film follows Sai's attempts at suicide. (It is a black comedy after all, so should we call this… Sai-cide?) Each method is more outlandish than the previous one, and the film quickly becomes a tedious try at non-stop quirkiness. The actors try to be quirky. The music tries to be quirky. The writing tries to be quirky, with an actual scene that involves a hand-crafted Tibetan dagger. I suppose they wanted to make a comedy of confusion, but the real confusion comes at the end, where, after this farce, we get straight-faced messages about clinical depression. Black humour is one of the hardest tonalities to pull off, especially with this subject. But as the showbiz saying goes, dying is easy, comedy is hard.