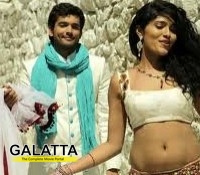 Through his debut film Lifeu Ishtene actor, script writer and associate director Pawan Kumar has demonstrated that he is to be taken seriously by Kannada film fans and critics. Pawan Kumar, who worked with Yogaraj Bhat, has the hidden spark that really brings forth some fresh thoughts and narration to films. Lifeu Ishtene just proves this point.

In a way, Lifeu Ishtene can not be generalized as a film belonging to particular genre just as Yogaraj Bhat’s films do not fall under any established category. But what sets Pawan’s debut film apart is his effort to provide a gripping narration in a tight script. Though traditional minded critics may argue that the film does not have any serious sensitive content or sends some wrong signals to present day youth, Lifeu Ishtene is worth watching for its black humour, good technical support and tight narrative.

Director Pawan Kumar has followed his mentor Yogaraj Bhat’s footsteps and entered his stronghold by creating a package that will appeal to the age group of 16 to 30. The sequences featuring Diganth and his friend Satish best illustrate this point. Diganth’s interactions with the main heroines Samyuktha and Sindhu also prove it.

Among artistes’ performances, Diganth and Sanath shine out with their lively performances. Diganth begins from where he left off in Pancharangi and comes out a winner. Both the new girls Samyuktha and Sindhu are impressive and quite expressive, but Samyuktha is better in dialogue delivery and steals the show.

Mano Murthy’s two song compositions ‘Yaarige Helonaa’ and ‘Devadasa’ have already become hugely popular and their picturisation would surely appeal to the audience. Jnana Murthy’s camera work follows the various moods of the situations to make a good impact. It is high time Jnana Murthy gets a bigger break in the commercial circuit.

Lifeu Ishtene is a must-watch for all youngsters; for family audiences it is a neat entertainer.