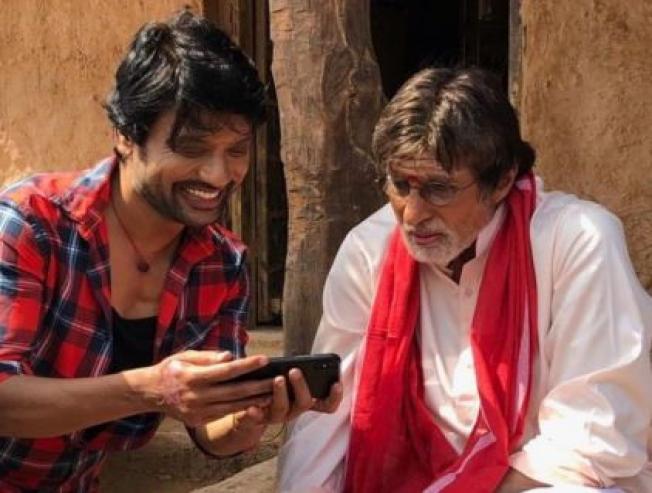 It was a huge surprise when the announcement came that the Bollywood superstar Amitabh Bachchan and the popular actor-director SJ Suryah will be teaming up for a film titled Uyarndha Manidhan. It was also announced that Uyarndha Manidhan will be directed by Kalvananin Kadhali fame Tha. Thamilvanan and the movie is a Tamil-Hindi bilingual produced by Thiruchendur Murugan Productions in association with Five Element Pictures.

Superstar’ Rajinikanth launched the movie by revealing the poster of the movie. And now, there is a major update of the movie. SJ Suriya posted some working stills from the movie marking that the project is off to a rocking start.

Amitabh Bachchan was seen in a different makeover than usual in the pictures. The legendary actor was seen wearing a kurta and a dhoti with a red towel. SJ Surya also thanked Rajinikanth and director AR Murugadoss for helping him for the project.

The stills from the shooting spot are indeed exciting and fans are eagerly waiting for a big update from the team.