In Tushar Jalota's inconsistently written 'Dasvi', Abhishek Bachchan is a politician who wants to study and Nimrat Kaur shines as his cartoonish wife. 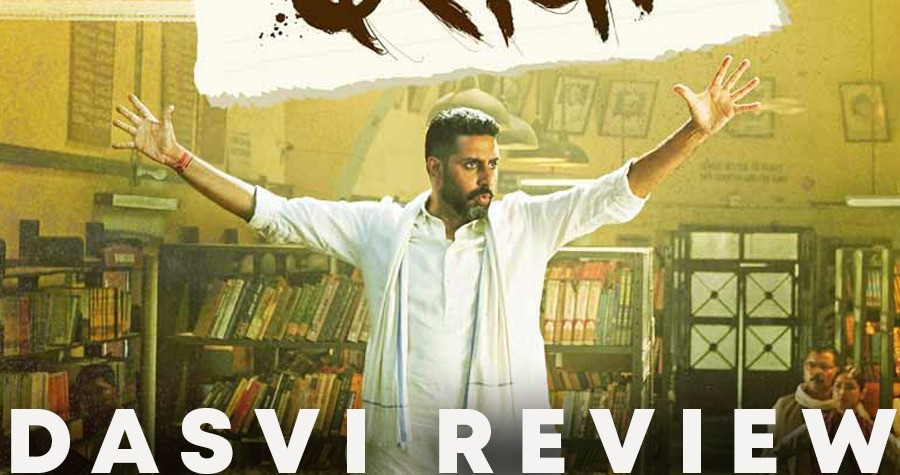 He is a cheerfully corrupt man, and he appears to be pretty patriarchal, too. His wife, played by Nimrat Kaur, can barely raise her voice in front of him, and the cop that Yami Gautam plays, he disrespectfully calls her chhori. Early in the film, the question of a piece of land appears. It is about whether a mall should be built on it or a school, Ganga Ram automatically chooses a mall: because "mall mein maal hai."

Almost as if the school gods have heard him, he receives a punishment: he is sent to jail for a teachers' scam. And as if the female gods have heard him, he is punished for his patriarchy, too. The Superintendent of the jail turns out to be Yami Gautam, and Ganga Ram's wife – who he appoints as CM – discovers how much better life is as an independent woman. As her position rises, so does her ambition and so does her voice, which we could hardly hear earlier.

Dasvi is a bizarre movie. At its core, it is about how a horrible man is reformed by being in jail. It's about how he learns that casteism is bad. It's about how he learns to be respectful to women. But mostly, it is about Ganga Ram's determination to become a dasvi-pass, to become a high-school graduate by studying in the prison library. And it is this portion that is bizarre. Like in Rang De Basanti, we have Ganga Ram physically entering historical events like the Dandi March. There's a touch of Forrest Gump, because Ganga Ram is present at many events of importance.

Now, had this been the flavour of the whole movie, it might have been something like Lage Raho Munnabhai. But nothing explains this conceit, just like nothing explains why the Abhishek Bachchan and Yami Gautam characters suddenly click as friends. Actually, there is an explanation in the margins of the screenplay: that education changes you, it changes your basic DNA. That is the film's message. But these parts within the jail are not surreal enough, not funny enough, and not dramatic enough. In other words, these parts are not convincing enough to make us buy these conceits. Things just happen.  There's an easy-breezy air about the whole thing, and it's hard to take anything or anyone seriously.

Which is why I think Dasvi belongs to Nimrat Kaur. Like the cartoon music that keeps playing in the background, she plays a suddenly empowered woman in an overblown, cartoonish style. Nimrat has fun, and the character she plays has a lot of fun, too. She is almost a villainess. In contrast, Abhishek Bachchan and Yami Gautam's roles don't have a consistent tone and their relationship is utterly unbelievable. Dasvi is all over the place, but it's light and harmless and an easy watch. But it does make you wonder why it did not take a leaf from Nimrat Kaur's character and become something totally OTT and nuts. Now, that would have been a lot more fun.

New powerful and inspiring trailer from Abhishek Bachchan's latest venture - Check it out!!