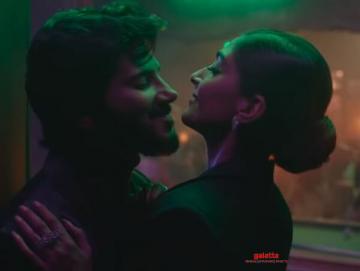 Upcoming Bollywood film The Zoya Factor is touted to be one of the unique storylines that could hit the screens this year and the film is directed by Abhishek Sharma. The film is the adaptation of Anuja Chauhan's 2008 novel under the same title The Zoya Factor. This film marks Dulquer Salmaan's second outing in Hindi and the actor is paired opposite Sonam Kapoor. The Zoya Factor also features Sanjay Kapoor, Angad Bedi, Sikander Kher, Manu Rishi, Pooja Bhamrrah in important roles and Koel Purie, Pradhuman Singh, Saurabh Shukla and Rahul Khanna in other important roles.

The movie is produced by Pooja Shetty and Aarrti Shetty with the banner Fox Star Studies. The music of the film is composed by Shankar–Ehsaan–Loy. The Zoya Factor is set to hit the screens on September 20th. The latest buzz about the film is the video song of the track Pepsi Ki Kasam. Crooned by the Benny Dayal, the party number has lyrics penned by Amitabh Bhattacharya. Shankar-Ehsaan-Loy has produced another peppy dance number with this song.