Cop attacks VAO with acid, both in hospital

Cop attacks VAO over affair with acid; both hosptialised with injuries 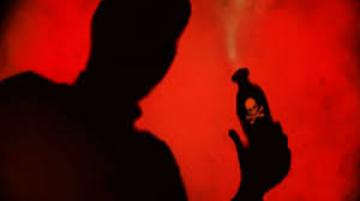 The Tiruvannamalai cops had a rather unique day after they took both the perpetrator and the victim of an acid to the Kilpauk Medical College and the Stanley medical college in Chennai with significant but non-fatal injuries.

According to sources, Sivakumar, the Village Administrative Officer of Thendral Nagar, Tiruvannamalai, was apprehended by head constable Sripal, of Vengikalpudur, on Friday night. They reportedly had a conversation, which heated up and ended with Sripal pulling out a bottle.

Witnesses claim that Sivakumar responded immediately, grappling with the seemingly angry cop. Both of them were splashed with the contents of the bottle, which turned out to be acid. Onlookers immediately broke the fight up and took both of them to a nearby hospital, from where they were sent to the Kilpauk Medical College in Chennai.

Inquiries later revealed that the two had fought over an affair. Reportedly, Sripal's mother-in-law was a Revenue Inspector and worked in the same place as Sivakumar. Sivakumar used to drop her home after office and hence came to be introduced to Sripal's wife. The two allegedly had been having an affair and Sripal, upon knowing of it, confronted Sivakumar.