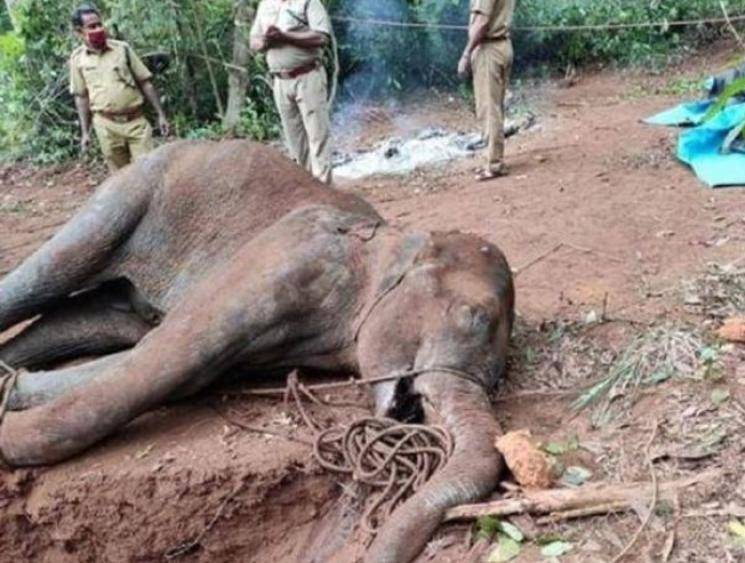 The entire nation has been in a state of shock and deep anguish over the death of a pregnant elephant that was killed last week in Kerala after it consumed food, which was laden with reports stating they are crackers. The elephant's death has earned the wrath of many from the common man to celebrities including many animal rights activists who have demanded for strict laws to be implemented and strong action against those who had perpetrated the violent crime. Among the animal activists, we here at Galatta had reached out to animal rights activist, Arun Prasanna, the founder of People For Cattle In India (PFCI), which aims for the well-being of cattle in India. 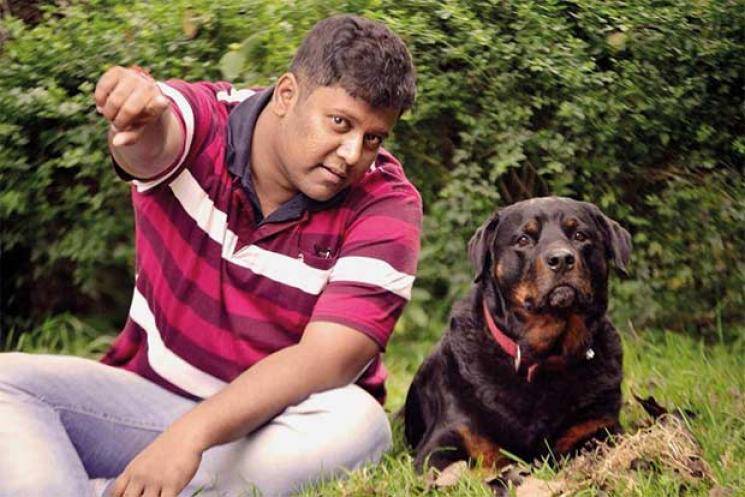 Q. What kind of wildlife protections laws are needed to completely stop these kinds of incidents or do we need a revision of the laws that are already in place?

Arun: "Wild animals are protected under the Wildlife Protection Act 1972. There are various categories in which a violation will be identified. For example, if you have a parrot at home, you can book it since it comes under one of the categories in the WPA 1972. In that, the most punishable offense is hunting. Hunting is defined in the Act as killing an animal. Although the elephant that died was not hunted, it comes under hunting. In the Wildlife Act, there are various Schedules - Schedule 1, Schedule 2 and so on. All endangered animals such as lions, tigers, elephants come under Schedule 1. These animals are at risk as they're not much in population and as a result they come under Schedule 1. They need protection under WPA and this is its basic understanding."

"This elephant was found dead. Nobody knows the background exactly and there are only speculations. The idea of placing crackers inside a pineapple is stupidity. What has happened is explosives have been placed. There's a big difference between a firecracker and an explosive. A firecracker requires to be lit, but an explosive can be made to explode in any manner. Last month in Kerala, the government passed an order saying the wild boar in the state and the buffer zones were declared as vermin. The order stated that these animals can be shot dead, which is an unfortunate one. Allowing this order to be passed opened the door for some of the people to resort to hunting and poaching these wild boars, which some also consume. The pregnant elephant, which was hungry, and had to go around in search of food, had crossed paths with the trap laid for wild boars. In the area where the elephant died, farmers are cultivating crops that are liked by the animal. In Africa, food that is not delicious like chillies are planted in buffer zones, which are not liked by elephants and they don't walk into their paths. The situation is opposite here in India."

"Elephants get killed in various ways. One of them is road accidents, electric fencing is another, then you have train accidents, some fall into pits and die and, finally through, hunting and poisoning. The wildlife department did not help the elephant. It was suffering in the water for two-three days. Why did they not airlift the elephant? Why were painkillers not given? These are questions nobody can answer. If you take the case of the three-year-old boy Sujith, who fell into a 600 feet borewell last year, we showed what we are capable of. We were pathetically ill-equipped to handle such cases. So, how can we expect to save an animal? The wildlife department has to take the blame and have to be more vigilant. They must have much more technology and advanced machinery. But, unfortunately, when there's a conflict between man and animal, they take the side of the man. Wildlife department does not protect animals, but only the man."

Q. Do you think there was a lack of observation on the forest officials' part in taking care of these animals in prior?

Arun: "Beyond observation, it has to do with a lack of application. Had I been there when the elephant was going through pain, I would have handled the situation in a better manner. Having said that, I am not a wildlife person. But, I would have airlifted the elephant and given her immediate first aid, had I been a forest official, rather than watching the elephant die in pain for two days, which is stupidity. What difference is there between the manner in which the elephant died and the death of Sujith? The three-year-old boy was trapped in the borewell and we struggled in our efforts to rescue him. The same has happened here with the elephant as well. Whom do we blame in such a scenario? It is a failure of the department. They don't know what they're doing and they should be well-equipped. Elephant population is already declining. The male population is very low in comparison with the female elephants and getting a female elephant pregnant is not easy. In such an instance, how can they let a mother elephant with a precious baby die just like that? If someone has to be held responsible more than the culprit, it must be the forest department." 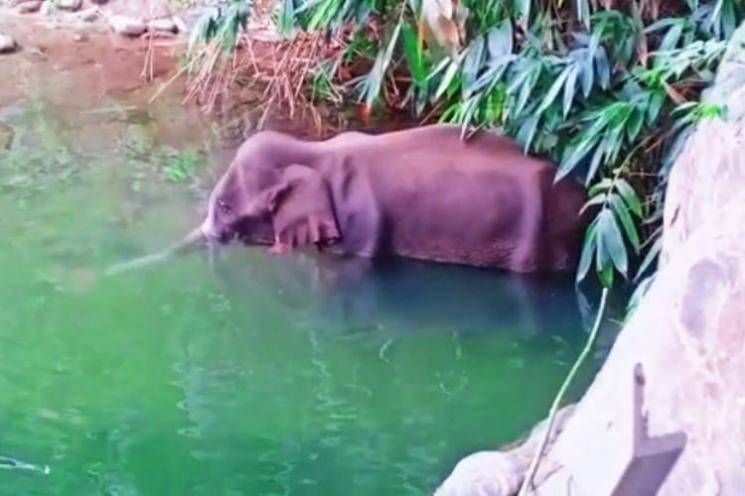 Q. Going forward, is there a way to keep citizens informed to not adopt such methods and if so how?

Arun: "This has already created a big buzz. But, unfortunately such instances are common in states that have elephants. This is just a small news item at the back of a newspaper, which mainstream media doesn't usually cover. It's a sad truth. Going forward, the government should do much more than what they're doing right now. They have budgets, they should empower their officers, they should be given more advanced technical help and the response should be much better. If you look at countries in Africa, we may think they are unadvanced, they airlift so many elephants. We are still using JCB trucks to push things around. Would a JCB be used in the same manner to rescue a child? They should have more empathy. They cannot let an animal die just like that."

"Every state having an elephant population should form a committee similar to 'Project Tiger'. They should have big budgets and state-of-the-art hospitals, and they should have elephant experts and veterinarians. And, it should not be some random veterinarian who will treat all animals, since elephants are large animals. They need special care and treatment. Those veterinarians must be identified and put in this committee and monitor and regulate all these illegal activities that happen. Whenever there's a human-animal conflict, instead of sending the animal to a shelter or put it through a 'Kumki' process, there should be a sanctuary in place where they can be let free as they are. Likewise, the people in the buffer zones should be translocated elsewhere as they are the ones who had encroached in the animals' habitat. They should be removed from the place and compensated by the government. There is a budget for that as well, but is never used. If a villager's crops are destroyed by an animal, that person can claim compensation. But, the question that arises is where is the government giving?" 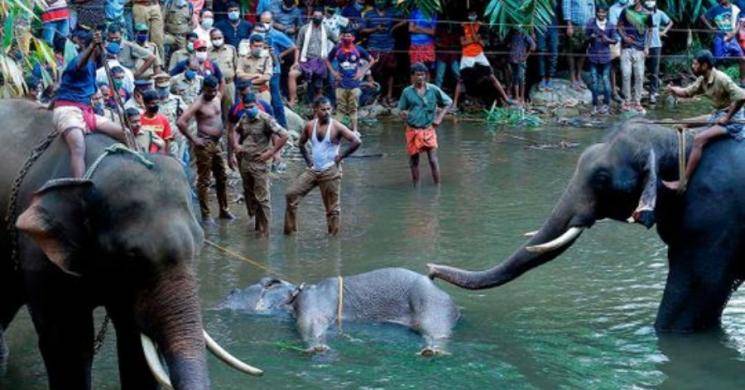 "For example, if you take the case of the elephant, Chinna Thambi, from last year, for which I filed a petition in the High Court and went to the Supreme Court, more than the number of people who wanted him to be taken away from his natural surroundings in Coimbatore, there were hundred times more people who did not want him gone. They were happy and okay with him around. He rarely created any problems and they captured him to make him a kumki elephant and what not. It is us who encroach the lands of these animals. If we let them be, they will just carry on with what they're doing. If you take a look at the pregnant elephant that died in Kerala now, it didn't give anybody trouble. Even after going through so much pain, she could have created so much havoc. Instead, it steered clear from any humans and did not harm anybody in any way,". 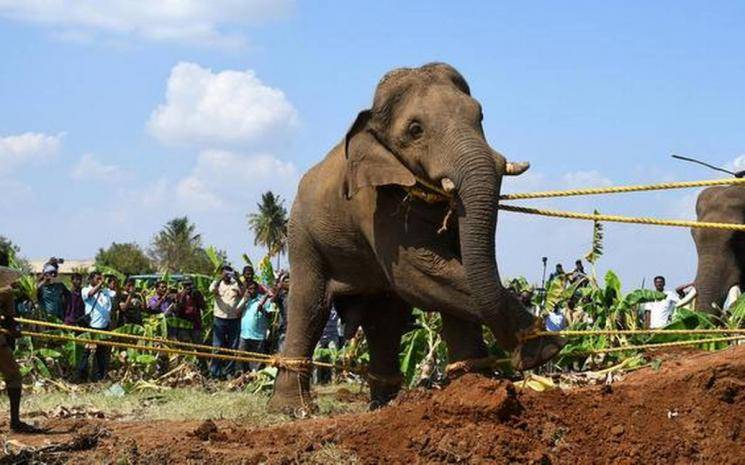