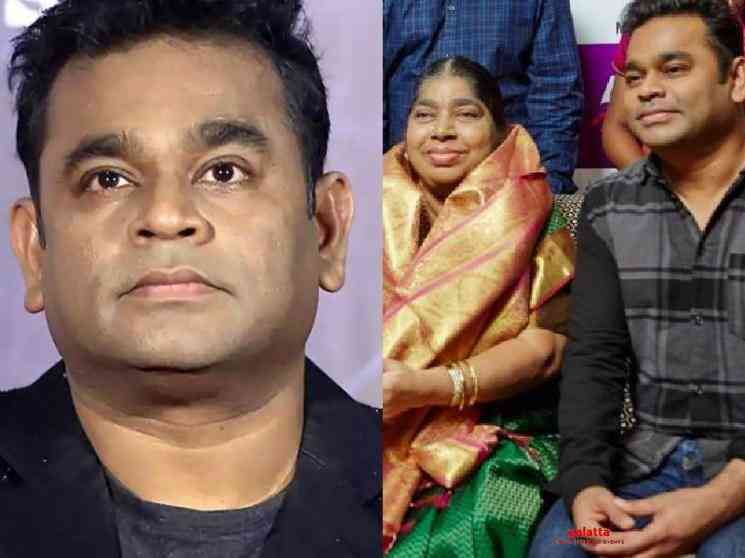 Legendary music director A.R.Rahman's mother, Kareema Beegum, passed away this morning (December 28) due to health issues. More details regarding her demise are expected to be known in the next few hours. The news has shocked Rahman's fans and the people have already started to share their condolence messages on social media. Kareema Beegum played an instrumental role in the upbringing of AR Rahman, the man we all love so much. Since Rahman's father died during the early days of his childhood, he was brought up by his mother Kareema. Rahman has always expressed his love and admiration for his mother.

He also mentioned a few years before that he is mostly spending time at his Chennai residence in the recent past to take care of his mother. Talking about his relationship with his mother in one of his earlier interviews with Times of India, A.R.Rahman was quoted as saying, "My mother realized my music talent, not me. My father died when I was just nine years old. Till five years after my father died, my mother would rent out his musical instruments to run the house after which she was advised to sell the equipment and live with the interest, but she refused saying, No, I have my son. He will take care. She has music instincts.

Spiritually she is much higher than me in the way she thinks and takes decisions. For instance, her decision of making me take up music. She made me leave school in Class XI and take up music and it was her conviction that music is the line for me. We are not like a movie mother-son always hugging and she saying, Mera betaaaa. I have never hugged her in my life. I guess I am making it up in Hollywood, where you have to hug everyone. It's considered rude if you don't hug there on stage."

This is indeed a big personal loss for the legendary composer and his family and we hope that they gain the strength to overcome these testing times. We at Galatta Media express our heartfelt condolences to Rahman and his family and prays for the departed soul to rest in peace. Details regarding Kareema Beegum's funeral and final rites are expected to be known soon.