X-Men and Inception actor Elliot Page announces he is transgender 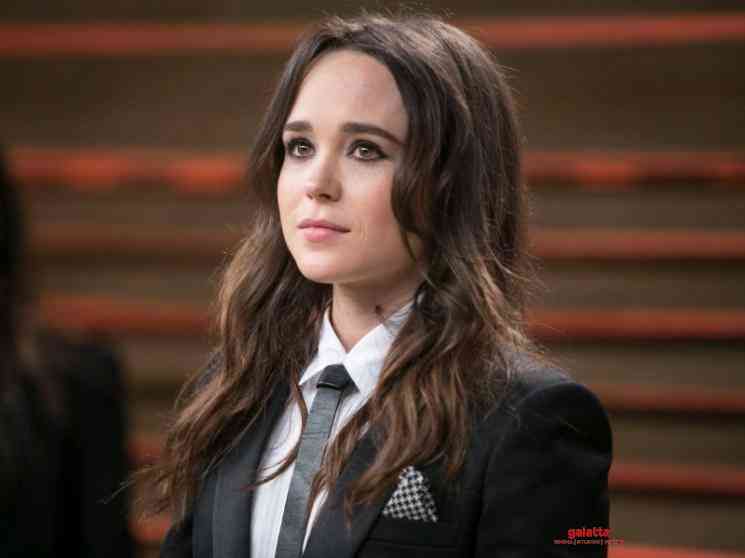 Oscar-nominated actor Elliot Page has announced he is transgender. Formerly known as Ellen Page, Elliot wrote a detailed statement addressed to his social media followers. He said, "Hi friends, I want to share with you that I am trans, my pronouns are he/they and my name is Elliot. I feel lucky to be writing this. To be here. To have arrived at this place in my life. I feel overwhelming gratitude for the incredible people who have supported me along this journey. I can’t begin to express how remarkable it feels to finally love who I am enough to pursue my authentic self. I’ve been endlessly inspired by so many in the trans community. Thank you for your courage, your generosity and ceaselessly working to make this world a more inclusive and compassionate place. I will offer whatever support I can and continue to strive for a more loving and equal society."

Known for portraying the Marvel Comics character Kitty Pryde in the X-Men films, including starring in Christopher Nolan's critically-acclaimed global box office blockbuster Inception, Elliot further wrote, "I also ask for patience. My joy is real, but it is also fragile. The truth is, despite feeling profoundly happy right now and knowing how much privilege I carry, I am also scared. I'm scared of the invasiveness, the hate, the "jokes" and of violence. To be clear, I am not trying to dampen a moment that is joyous and one that I celebrate, but I want to address the full picture. The statistics are staggering. The discrimination towards trans people is rife, insidious and cruel, resulting in horrific consequences. In 2020 alone it has been reported that at least 40 transgender people have been murdered, the majority of which were Black and Latinx trans women. To the political leaders who work to criminalize trans health care and deny our right to exist and to all of those with a massive platform who continue to spew hostility towards the trans community: you have blood on your hands. You unleash a fury of vile and demeaning rage that lands on the shoulders of the trans community, a community in which 40% of trans adults report attempting suicide. Enough is enough. You aren't being "cancelled," you are hurting people. I am one of those people and we won't be silent in the face of your attacks."

Page continued, "I love that I am trans. And I love that I am queer. And the more I hold myself close and fully embrace who I am, the more I dream, the more my heart grows and the more I thrive. To all trans people who deal with harassment, self-loathing, abuse and the threat of violence every day: I see you, I love you and I will do everything I can to change this world for the better. Thank you for reading this. All my love, Elliot."

Nick Adams, GLAAD’s Director of Transgender Media, in a statement praised Elliot Page saying, "He has given us fantastic characters on-screen, and has been an outspoken advocate for all LGBTQ people. He will now be an inspiration to countless trans and non-binary people. All transgender people deserve the chance to be ourselves and to be accepted for who we are. We celebrate the remarkable Elliot Page today." Some other notable names from the world of entertainment who have shared their love and support for Page include fellow X-Men actors Hugh Jackman and Ian McKellen, Guardians of the Galaxy and The Suicide Squad director James Gunn, Mark Ruffalo otherwise known for portraying the Hulk, Ellen DeGeneres, Miley Cyrus and many others.

Page received an Academy Award nomination among other accolades for her landmark performance in Juno in 2007 and is currently attached to films namely Naya Legend of the Golden Dolphin and Robodog, with her Netflix show The Umbrella Academy recently being announced to be renewed for a third season.