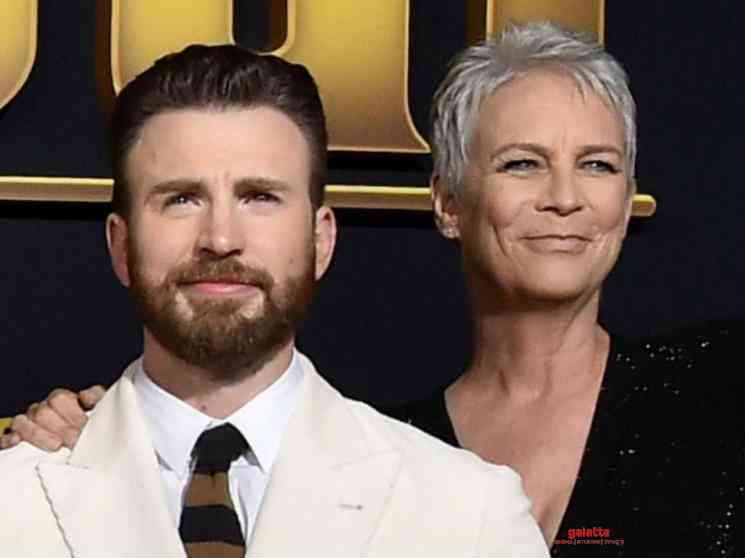 Hollywood superstar Chris Evans took social media by storm last month when he accidentally leaked an explicit private picture of himself while he was playing "Heads Up" with his Instagram followers after it appeared on his phone gallery's preview. The 39-year-old actor had later deleted the Instagram story, but the story blew all over, and had led to a number of reactions. Evans went on to embrace the situation with a sense of humor on Twitter saying he wanted to make the best use of the 'accident', while drawing attention to the 2020 US Presidential election by tweeting, "Now that I have your attention….VOTE Nov 3rd!!!".

Now, Chris Evans' co-star and his on-screen mother in Knives Out, Jamie Lee Curtis spoke during an appearance on The Kelly Clarkson Show and shared her views about the mid-September incident. When Jamie Lee was asked what she thought about the whole situation, she responded, "I’m sweating already." She added, "My question is this, he’s so smart and such an unbelievably beautiful human being. I’m wondering if it was even planned?" Kelly then agreed and said, "Oh, he’s so clever! I kind of think it was planned just cause he was trying to get people to vote."

Another of Evans' co stars from Avengers: Endgame, Mark Ruffalo, known popularly among fans for portraying the character Hulk / Bruce Banner, too reacted to the incident and told the Captain America actor to not be embarrassed by it. "@ChrisEvans Bro, while Trump is in office there is NOTHING you could possibly do to embarrass yourself. See… silver lining," Mark tweeted.

One of the first celebrities to react to the photo leak was Chrissy Teigen, who spoke out amid much social media banter about Chris Evans' situation. She said, "My WhatsApp automatically saves every photo to my roll so any boobs in my phone are my girlfriends showing me their boobs or boobs they hate or boobs they love or yeah def also my boobs. I’d say 80 percent of my roll is Whatsapp nonsense between friends." The 34-year-old added, "I know you can change the settings but I like it. Tons of pics of the kids between families, easy when it saves. It just means that every once in a while there is a crazy random meme I don’t recall in my roll!"

Jurassic World: Dominion release delayed by a year, to hit screens on June 10, 2022