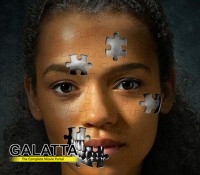 Different characters from various walks of life end up getting into an escape room game which turns out to be real. In every stage they face new puzzles, which they have to solve to escape and find their way out.

This psychological thriller makes the audience feel hooked to their seats and the screenplay is knitted in a quite racy manner. The director didn’t take much time to explain the situation or establish the characters, who directly jumps into the core conflict in the film.

The classy visuals, top notch production design and the fast cuts in the edit helps us stay connected to the film and they come together to give the audience an engaging thriller. The thought behind crossing each stage of escape room is interesting and note worthy, but the way the characters crack the puzzle doesn’t have any excitement.

The characters do not face any big barrier while finding solving the puzzle and in that way it becomes a convenient writing, which makes the progression flat. After a certain point, the mazes look easy that leads to the predictability of the screenplay.

Escape Room takes the road that is much travelled and the route is familiar for the audience. Even the important twists turn out to be less impactful due to this. The curiosity is maintained at majority places, but when the suspense gets revealed, you might be disappointed.

The film suffers from quite a lot of commercial cliches, which on the whole reduces the intensity of the film.

Verdict :If you are a fan of Psychological Thrillers, then probably this film will have several high moments for you and will make you feel engaged.

Escape Room is a English movie. are part of the cast of Escape Room. The movie is directed by Adam Robitel Music is by Brian Tyler . Production Sony Pictures.